When he was asked on CNN’s State of the Union whether he would condemn the praise of former Ku Klux Klan grand wizard David Dukelast year, Donald Trump declined to disavow Duke’s comments.

In 2000, Trump declined to run for president as a member of the Reform Party because the “Reform Party now includes a Klansman, Mr Duke, a neo-Nazi, Mr Buchanan, and a communist, Ms Fulani. This is not company I wish to keep.” As Trump himself noted on Twitter, he also disavowed Duke in a news conference earlier this week.TOP ARTICLES1/5READ MOREBrexit: Lords back attempt to stop next primeminister suspending parliament to force through no deal

But this incident also brings to mind another report, unearthed in September by the technology blog Boing Boing.

On Memorial Day 1927, brawls erupted in New York led by sympathisers of the Italian fascist movement and the Ku Klux Klan. In the fascist brawl, which took place in the Bronx, two Italian men were killed by anti-fascists. In Queens, 1,000 white-robed Klansmen marched through the Jamaica neighbourhood, eventually spurring an all-out brawl in which seven men were arrested.

One of those arrested was Fred Trump of 175-24 Devonshire Road in Jamaica.

This is Donald Trump’s father. Trump had a brother named Fred, but he wasn’t born until more than a decade later. The Fred Trump at Devonshire Road was the Fred C. Trump who lived there with his mother, according to the 1930 Census.

The predication for the Klan to march, according to a flier passed around Jamaica beforehand, was that “Native-born Protestant Americans” were being “assaulted by Roman Catholic police of New York City.” “Liberty and Democracy have been trampled upon,” it continued, “when native-born Protestant Americans dare to organise to protect one flag, the American flag; one school, the public school; and one language, the English language.”

It’s not clear from the context what role Fred Trump played in the brawl. The news article simply notes that seven men were arrested in the “near-riot of the parade,” all of whom were represented by the same lawyers. Update: A contemporaneous article from the Daily Star notes that Trump was detained “on a charge of refusing to disperse from a parade when ordered to do so.”

Given the politics and cultural constraints of 1927, the Klan wasn’t the sort of thing that a politician would necessarily be asked to condemn. An article in the Brooklyn Daily Eagle from that December notes that the Klan would probably weigh in heavily against the potential presidential nomination of then-New York Governor Al Smith, given that he was a Catholic and a “champion of ‘alienism.’”

It’s worth noting that Trump’s comments came one day after another Klan brawl, this time in Anaheim, Calif. Thirteen people were arrested and three were stabbed after a Klan rally turned violent. And it’s worth noting, too, as did Jonathan Chait at New York magazine, that Trump’s claim to “know nothing” about white supremacists echoes the language of the 19th-century “Know Nothing” party — a nativist group that supported only Protestants for public office. 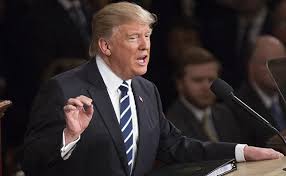 MAR 3, 2017 … DONALD TRUMP’S FATHER WAS ARRESTED AFTER A KU KLUX KLAN RIOT IN THE 1920S, NEWS REPORTS FROM THE TIME SUGGEST. AN ARTICLE FROM A JUNE 1927 …
FRED TRUMP – LATEST NEWS, BREAKING STORIES AND COMMENT – THE …
HTTPS://WWW.INDEPENDENT.CO.UK/TOPIC/FRED-TRUMP 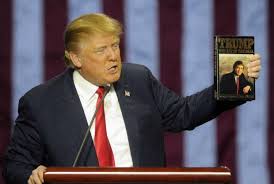 FEB 29, 2016 … TWO ALLEGED MEMBERS OF THE KU KLUX KLANHOLDING DONALD TRUMP … AS THE PRESS DISCOVERS TRUMP’S FATHER WAS ARRESTED IN A KKK BRAWL IN 1927.
DONALD TRUMP’S MOTHER ASKED: ‘WHAT KIND OF SON HAVE I CREATED …
HTTPS://WWW.INDEPENDENT.CO.UK/…/DONALD–TRUMP-MOTHER-MARY-RELATIONSHIP- WHAT-HAVE-I-CREATED-PSYCHOLOGY-MACLEOD-FRED-TRUMP-A8037181.HT… 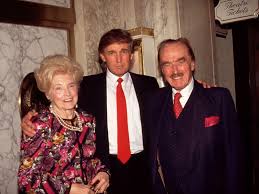 OCT 3, 2018 … DONALD TRUMP WITH HIS MOTHER MARY AND FATHER FRED IN NEW YORK IN …. CHARGE – FOR ATTENDING A KU KLUX KLAN RALLY IN WHICH 1,000 KLANSMEN …
KKK – LATEST NEWS, BREAKING STORIES AND COMMENT – THE INDEPENDENT
HTTPS://WWW.INDEPENDENT.CO.UK/TOPIC/KKK 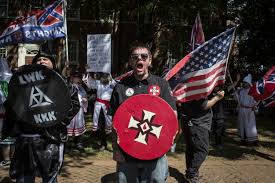 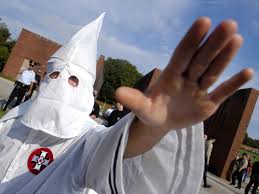 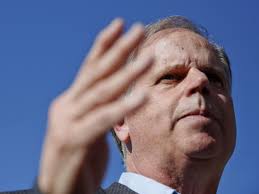 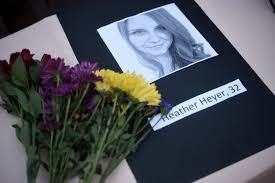