whilst Donald Trump talks a great deal about his aim to ‘Drain the Swamp’, reality leaves the American Government with the very real task of not only draining but cleaning up the septic tank he has put in place as his team in Governance with free passes to both the White House and the Kremlin it would seem.

As for ‘Fake News’, behind which Trump hides his utter ineptitude and lack of judgement, it would seem it is fast approaching time for someone to speak out and say ‘You’re Fired’!

It would seem that the script writers are bought and paid for, with Comical Ali Spicer

taking the role of Ant & Dec, in a cross over entertainment reality show which is part America Hasn’t got talent, when it comes to leadership, and the Apprentice, wityh the emphasis on ‘App’, with the first to audition in the prime role dreaming up the script on Twitter!

Like a dangerous psycotic & sociopathic teenager Trump Tweets all night and is utterly unpredictable, making a joke of America, all be it a dangerous & out of control heavily armed joke! 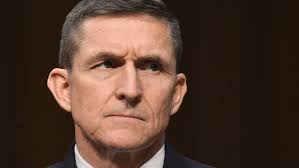 WASHINGTON ― The House Intelligence Committee approved subpoenas for President Donald Trump’s personal attorney and his former national security adviser on Wednesday, as part of the panel’s ongoing investigation into Russian election meddling and possible collusion with the Trump campaign.

The subpoenas are part of an effort by congressional investigators to obtain testimony, personal documents and business records from Michael Cohen, Michael Flynn, and their business firms.

“We hope and expect that anyone called to testify or provide documents will comply with that request, so that we may gain all the information within the scope of our investigation,” Reps. Mike Conaway (R-Texas) and Adam Schiff (D-Calif.), the two members leading the investigation, wrote in a statement. “We will continue to pursue this investigation wherever the facts may lead.”

Flynn, who resigned from his position as national security adviser in February after The Washington Post revealed that he had mischaracterized his conversations with Russia’s ambassador, is facing subpoenas from the Senate Intelligence Committee for a separate Russia probe. Flynn has resisted cooperating with those subpoenas, citing his Fifth Amendment right against self-incrimination.

Schiff told reporters last week that the committee was preparing to subpoena Flynn after he declined to voluntarily turn over documents requested by congressional investigators. “The Fifth Amendment right not to provide materials or documents is limited,” he said last week.

Cohen told CNN on Tuesday that he would testify if he were subpoenaed.

Committee Chairman Devin Nunes (R-Calif.) alleged earlier this year that former Obama administration officials improperly unmasked the names of Trump surrogates last year as part of an effort to spy on the campaign. Nunes was never able to substantiate those claims, which appeared to be based on documents supplied to him by the White House. He stepped down from heading the Russia investigation earlier this year, but maintains his position as chairman of the committee. Nunes still has a say in deciding which subpoenas the committee issues as part of its Russia probe, CNN reported last week.

All unanswered messages are recorded.

Leave your name & a UK land line number & I will return your call.

DO MAKE USE of LINKS,
>SEARCH<

Please Be Sure To